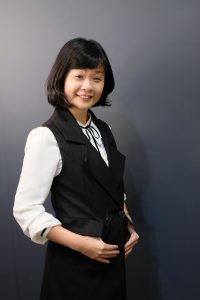 Introduction
Helicobacter pylori is a common type of bacteria that grows in the digestive tract and tends to attack the stomach lining. It infects the stomachs of roughly 60% of adults worldwide. H. pylori infections are usually harmless, but they’re responsible for most ulcers in the stomach and small intestine. When H. pylori enter the body, it destroys the stomach lining, which usually protects you from the acid the body needs to digest food. However, if the bacteria have caused enough damage, the acid will pass through the lining, resulting in ulcers. This may cause bleeding, infections or prevent food from passing through your digestive tract.

Causes
H. pylori infection is common. It is found in about two-thirds of the world’s population. The germs live in the body for years before symptoms start, but it does not cause ulcers or other complications in the majority of people. H. pylori may be contracted by food, water, or utensils. It is more common in countries or areas with a shortage of clean water or adequate sanitation systems. You may also contract the bacteria from coming into contact with sick people’s saliva or other bodily fluids. Living in crowded conditions will increase the risk of H. pylori infection. The bacteria are believed to cause stomach complications by penetrating the stomach’s mucous lining and producing compounds that neutralize stomach acids. As a result, the stomach cells become more vulnerable to strong acids. Stomach acid, which H. pylori irritate the stomach lining, may lead to ulcers in the stomach or duodenum, the first part of the small intestine.

If you experience any recurring signs and symptoms that concern you, contact your doctor. Get emergency medical attention if you have any of the following symptoms:

Complications
Not all H. pylori infections lead to the development of ulcers and stomach cancer.  However, most people infected do develop gastritis. Unless eradicated, H. pylori will remain in the stomach, which will continue to cause chronic inflammation, weakening the protective force of the mucus membrane of the stomach, creating a condition whereby it is vulnerable.

H. pylori infections can lead to chronic diseases. Here are some examples:

Stomach Cancer- Stomach cancer is a disease that produces cancer cells in stomach tissues caused by various reasons such as smoking, poor eating habits, and genetics. H. pylori infection is one of the strong risk factors for stomach cancer.

Diagnosis and Treatment
People with ulcers or other gastric problems can be tested for H. pylori infection in several ways, including a blood test that looks for antibodies, a stool test to detect bacteria in the farces, and a breath test that detects an enzyme produced H. pylori in the stomach. This involves drinking a special solution that is broken down by the enzyme, producing a compound that is breathed out and measured.

If you have H. pylori ulcers, you may require medicine to kill the germs, cure the stomach lining, and prevent the sores from returning. It usually takes 1 to 2 weeks of treatment to get better.

Your doctor will probably tell you to take a few different types of drugs. The options include:

If you do not take antibiotics correctly, bacteria in your body will become immune to them, making infections more difficult to manage. If your prescriptions are bothering you, consult your doctor on your recovery plans and how to deal with side effects.

Talk to your doctor if you are worried about H. pylori infection or believe you might be at high risk of stomach cancer. For more information, contact us via [email protected] or [email protected]

No paperwork, no hassle. We keep things digital and easy.

We offer patients the ability to get treated via their smartphone for a range of conditions.
Book Appointment
PrevPreviousHave you been wondering if the middle-age spread is a blessing or disaster?
NextFunctional Medicine VS Conventional MedicineNext

Interested to improve your health and to enhance youth? Book an appointment and we will be ready to help